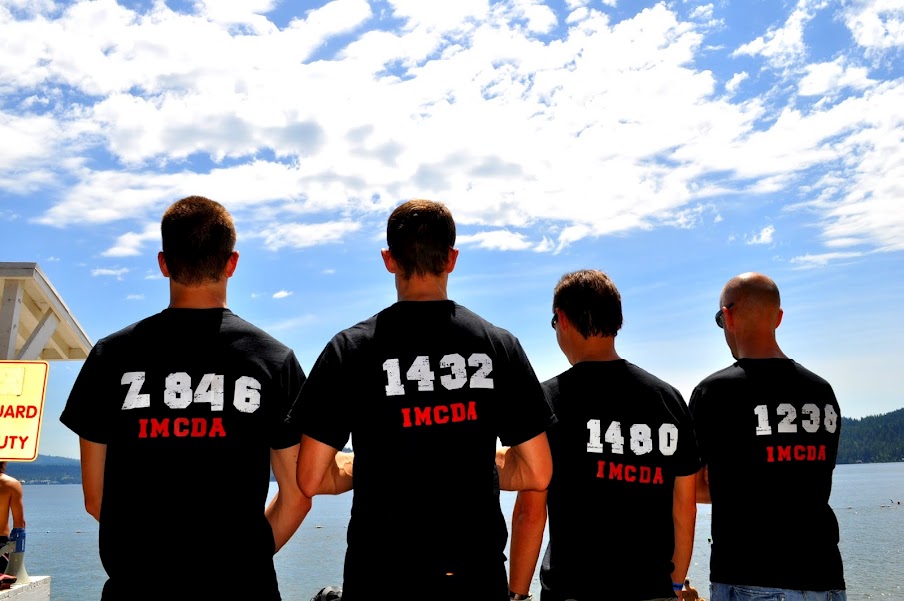 SMASH!  At mile 13 of the IMCdA bike I crashed into the side of a truck that crossed the road in front of me.  I laid on the ground with my body in pain but what was killing me was that I was cheated of my opportunity to have the race of my life.

I had a near perfect year of training.  I was never sick.  Never injured.  I met my most important training benchmarks: able to sustain 240 watts at under 143 bpm, able to sustain 6:30 per mile at under 160 bpm.  Almost going sub 4:30 at Wildflower with fatigued legs.  I retooled my swim training & technique.  I avoided virtually every mistake I made over the past year & was coming into IMCdA absolutely fresh & with season best numbers.  I was prepared to be in an entirely different zip code from anything I’ve ever done in the past. 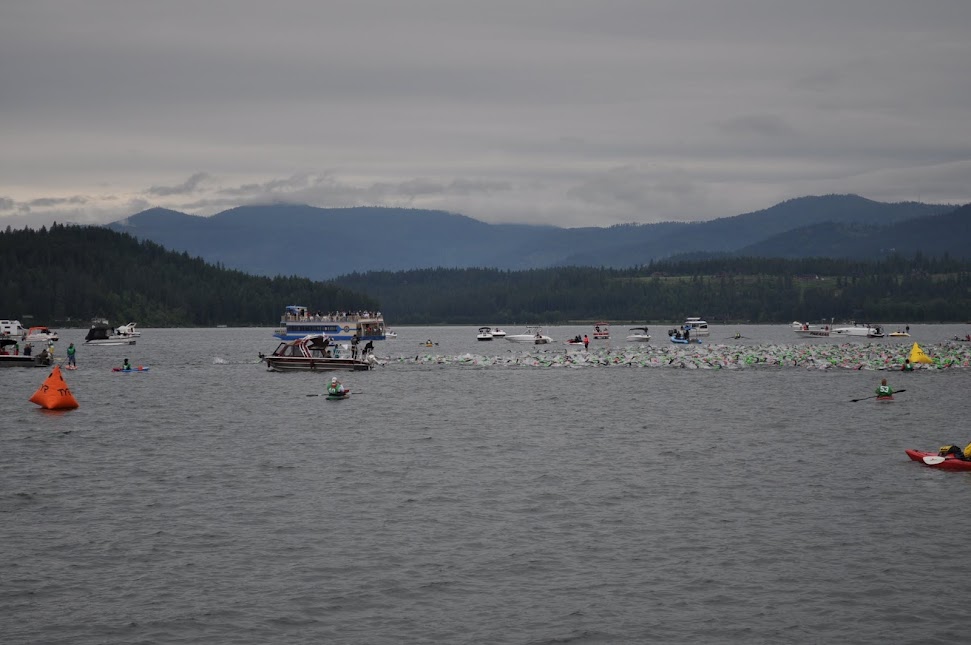 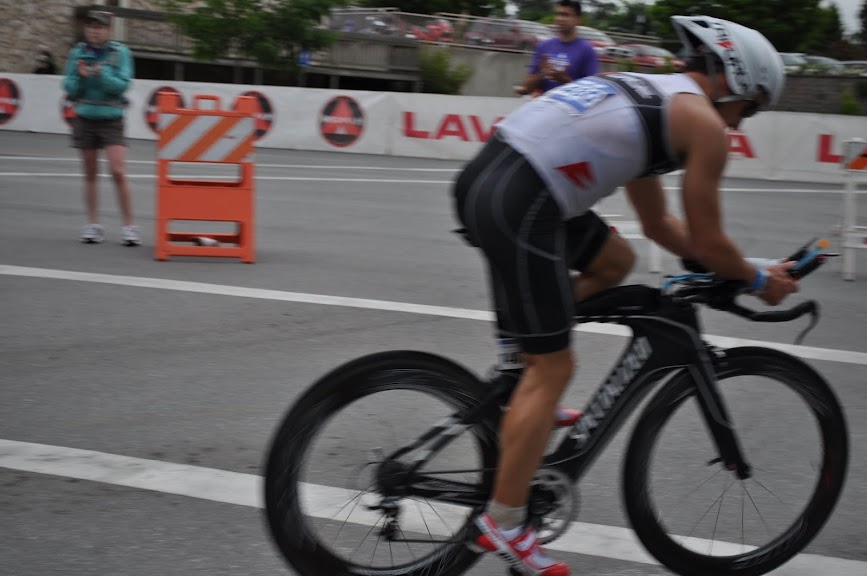 The race had been going like a dream. I found clean water quickly on the swim & Mike Reilly announced my name as I exited the first loop of the swim in under 1 hour pace with one of the first groups.  I was shocked to hear Guillaume (stud swimmer & TriForcer who won his AG & qualified for Kona at the race) running behind me on the beach saying “Go Kevin!”. I was in 100th place overall coming out of the swim (by far my best swim ever) and I felt amazing on the bike– it was hard to keep my power down.  By the first turnaround I’d moved up to 29th place and coming back toward town I moved up to 25th overall and was closing fast on a group of 4 when… SMASH!

It was all over in 2 slow-motion seconds. All that hard work.  All those social engagements turned down.  All the discipline and willpower it took to get to the pool in the winter.  All the time spent studying my logs.  All the fun races I skipped so that I could be at an absolute peak on this one day.  All the pizza turned down.  All of it made worthless in a second. 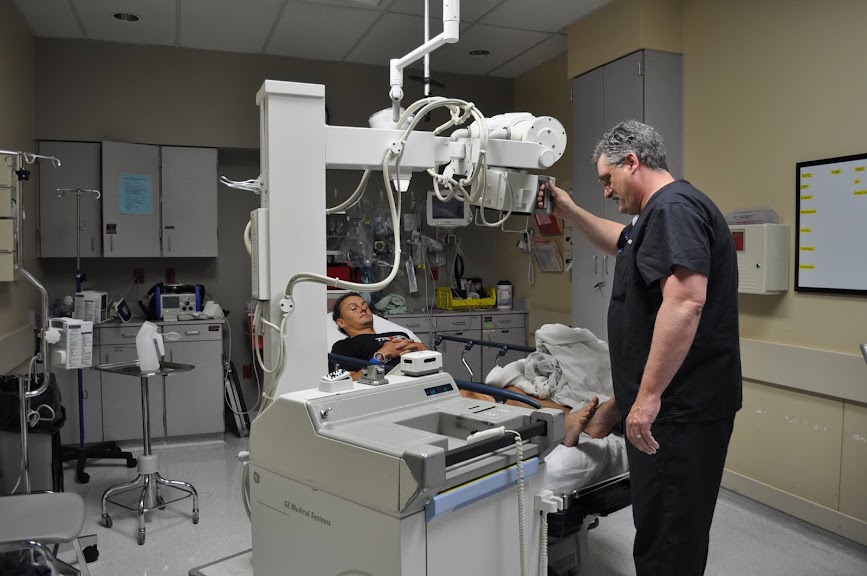 I’m embarrassed to say that I actually laid there crying on the road mourning the race that never got to be.  I have a very strong idea of what I probably would have done out there, but “would have” counts for ZERO in sports.  You do or you don’t do.  That’s it.

Besides, how could I complain when TriForcer Rob Gray was out there competing with broken ribs?  He wasn’t feeling sorry for himself even though he was in shape to qualify for his first Kona before a car pulled out in front of him 4 weeks ago in training.  Despite having to take almost a month off of swimming and running, and having to swim wide and away from the pack for fear of a shot to the ribs, he was out there giving it his all (he finished in 10:05, only 15 minutes out of a Kona slot). 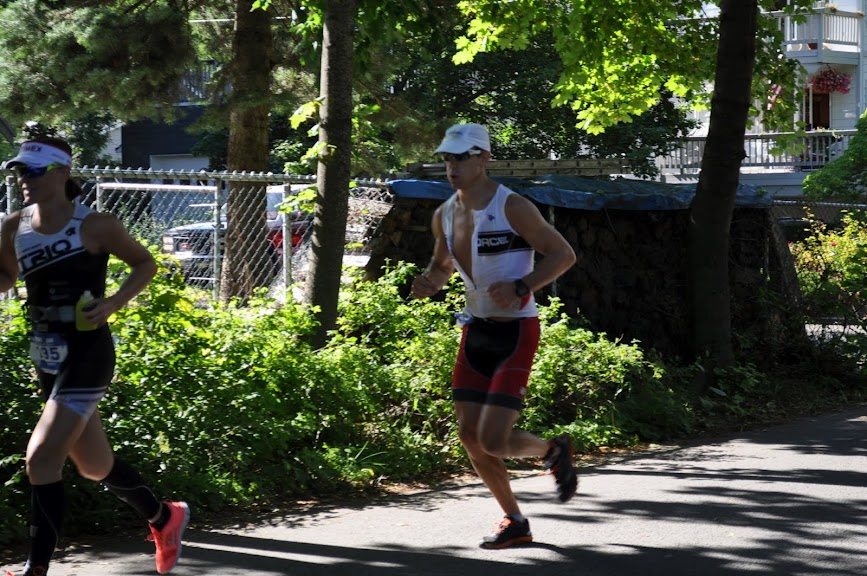 I got back from the hospital in time to see Rob & 3 other TriForcers have amazing races.  I got to tell Guillaume he was winning his age group by 15 minutes & see him pump his arms in victory.  I got to see first timers Jake & Nicki finish in just over 12 hours & 13 hours respectively with huge smiles on their faces.   Life goes on.  And life is good. 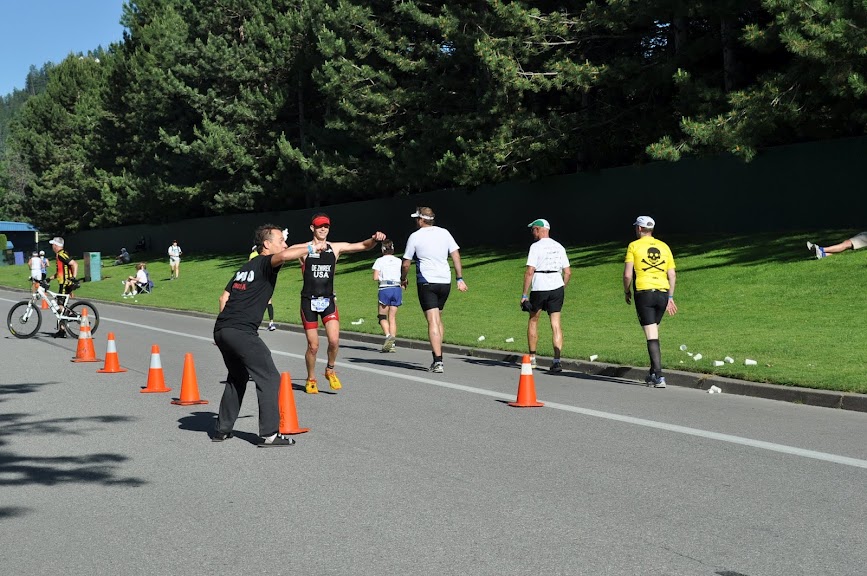 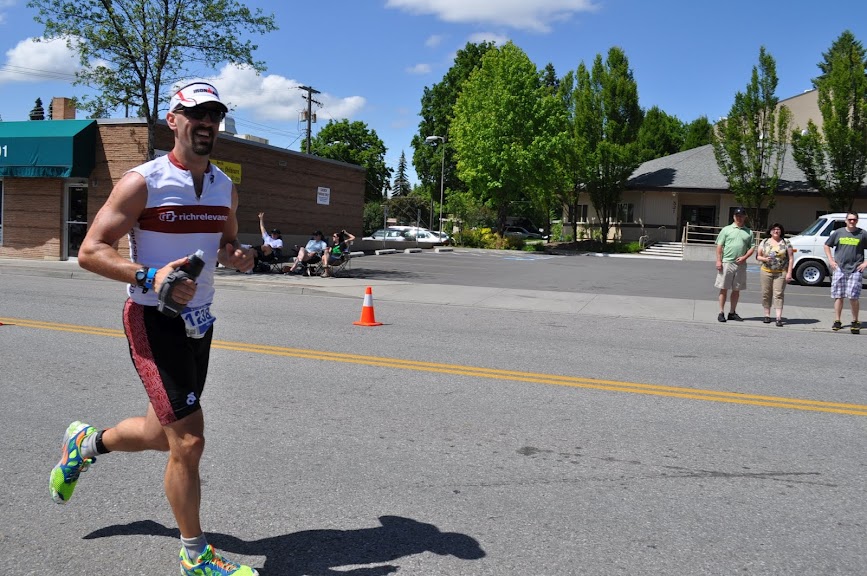 It’s less than a week later and the physical pain hasn’t gone away yet, but I’m done mourning the race that never go to be.

A couple days after the crash I asked myself “how can I turn this into a positive?”  And there is one answer:  I need to heal from this crash and absolutely fucking kill it at my next race.  I need to create a REAL performance that will SMASH the performance that would have been at CdA.   Andy from WTC told me they can get me into IMAZ (thanks WTC!) and I warn any pickup trucks that intend to get into my way:  next time I’m going to leave you smashed and broken on the side of the road.

Gentlemen, we can rebuild him. We have the technology. We have the capability to build the world’s first bionic man. Kevin Coady will be that man. Better than he was before. Better, stronger, faster. 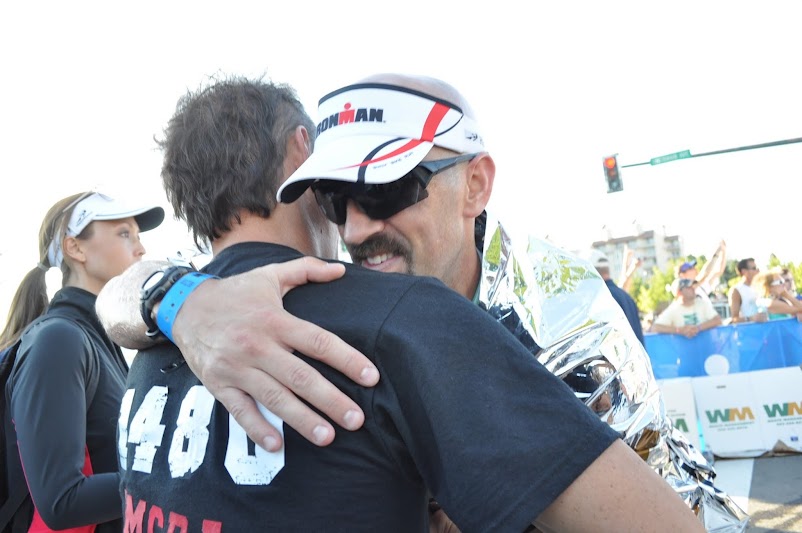 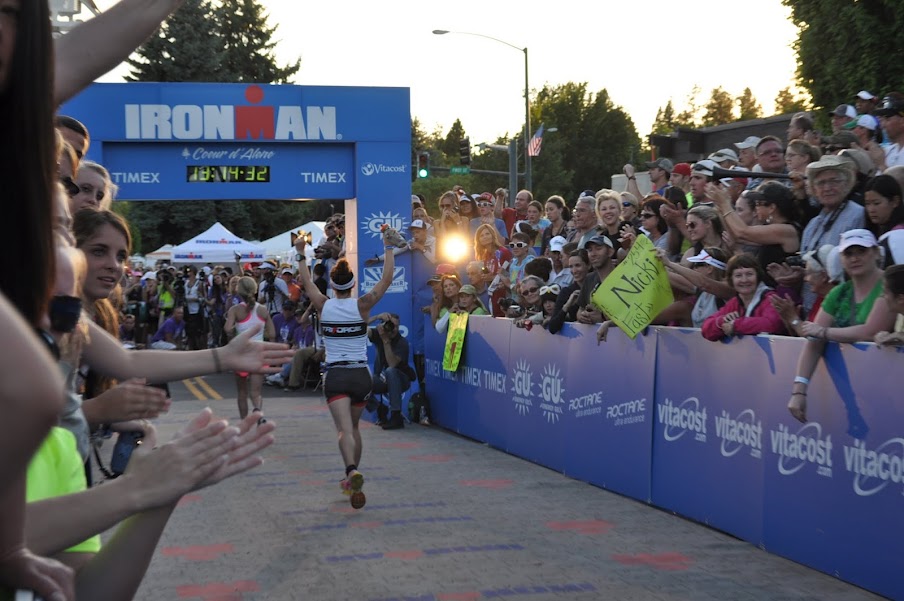 Nicki – YOU ARE AN IRONMAN! 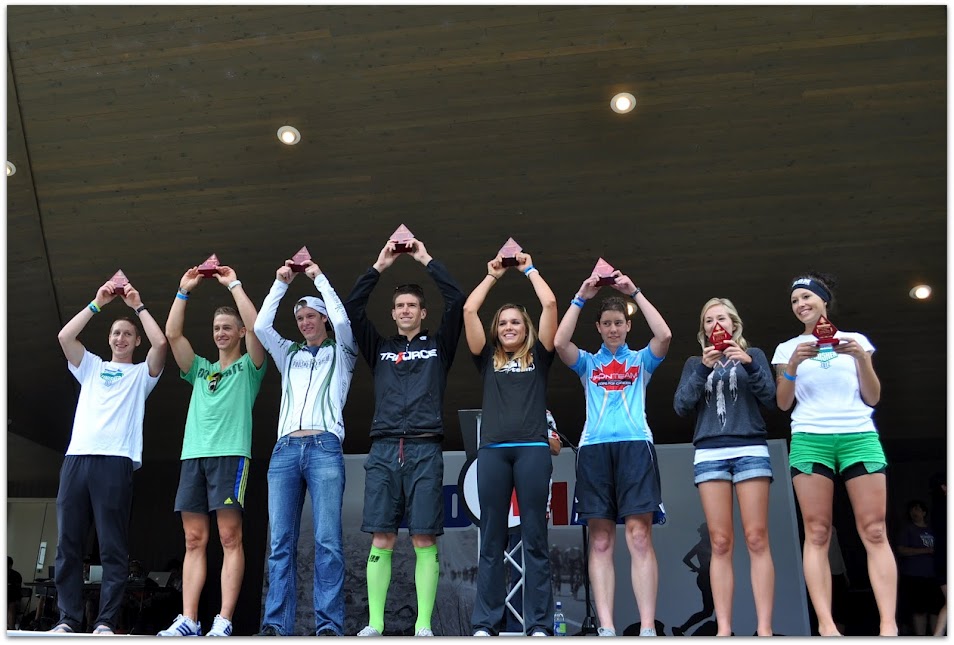 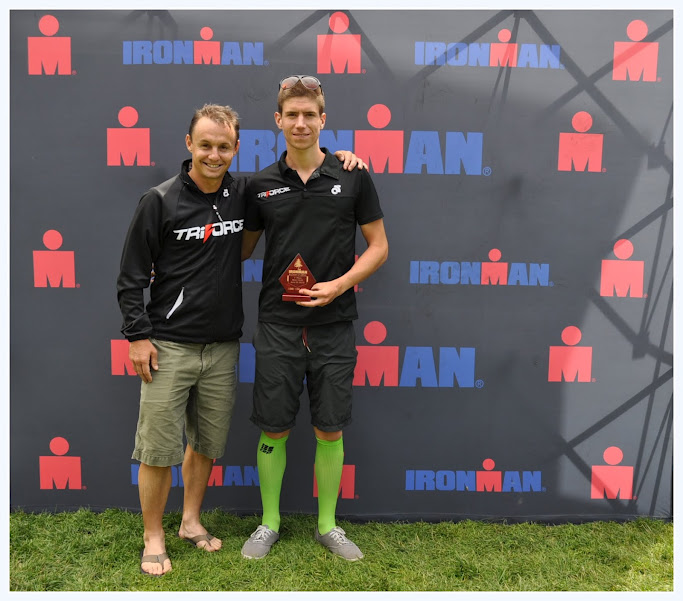